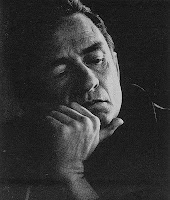 This post is a counter-rant to this one, posted in response to this one. And because I see flames in the future, I'm putting up a picture of Johnny Cash special. It has been argued that the presence of torture in games and stories is disturbing and done for tittilation.

The presence of torture in story can be traced long way back - by TV Tropes terms it's older than dirt. Before Hans Christian Andersson and the Brothers Grimm, before Scherezade's 1001 Arabian Nights. Yesterday was St. George's Day (patron saint of England etc. and dragonslayer) who was tortured before being executed for his beliefs, along with so many other martyrs.

There are inevitably real-world parallels and inspirations. Spanish and European inquisitions, the witch hunt and ordeals outlined in the Malleus Malificarium, the courts of the Yellow Emperor and Genghis Khan, trials by ordeal in Saxon and medieval European courts and just about anywhere that humanity has demonstrated it can be inhuman.

In literature you've got Poe's The Pit & The Pendulum, Orwell's 1984, Dumas' The Man in The Iron Mask, C.S. Lewis' The Horse and His Boy and numerous others including A Feast for Crows by George R.R. Martin where the character of the Tickler is particularly reviled.

In cinema, you've got examples in Braveheart, Casino Royale, Conan the Barbarian, Flash Gordon, Pan's Labyrinth, Rambo II and III, Reservoir Dogs, Spartacus, Star Trek: The Wrath of Khan, The Matrix (Morpheus' interrogation by Smith)The Passion of the Christ, The Princess Bride, V for Vendetta, adaptations of the previous novels and yes, the Saw films.

In television, torture is also used. 24 has Jack Bauer commiting atrocities on people (is it me or has Dick Cheney got 24 confused with real life?). Alias has numerous examples involving Jack Bristow, the new Battlestar Galactica uses it on both humans and Cylons. Jean-Luc Picard suffers ordeals yet holds out against the Cardassians in Star Trek: Next Generation. Firefly sees Malcolm Reynolds tortured to death and back again by Adelai Nishka, Lost sees Sawyer get tortured by the islanders and Xena, Warrior Princess was crucified by order of Julius Caesar.

Do any of these glorify or glamourise torture? No. Even in the Saw films, Jigsaw's fiendishness is the lashing out of a terminally sick craftsman with a broken moral compass; his apprenticeships are by ordeal, not initiations into justice as he attempts self-justification of his actions.

Are these compelling stories? Probably. You've heard of them, haven't you?

Finally, I have to include a link to Amnesty - because this story isn't over yet...
Posted by satyre at 01:37