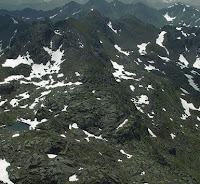 This former agri-world is currently entrenched in an ongoing three-way war between Imperial troops, heretical ex-colonists led by psykers and a ravening Ork army for thirty solar years and shows no sign of slowing down. Ork entrenchment, numbers and resilience make what looks like a routine operation anything but. A series of factors keep the Inquisition from burning this world to cleanse it; an unusually high psyker population on CCE338 amid the colonists; Scholar and Magos curiosity in the colonists and Warp instabilities near the planet meant that a battlefleet would need to deploy on an extensive sojourn to conduct an orbital cleanisng.

The locals were cultured for a feral agri-world and Imperial colonists settled without incident at first. Following an incident involving a localised Warp-breach, the number of psykers among the colonists grew and their desire to isolate themselves from the Imperium grew with it; refusing to send 70% of their population to the Black Ships. There were incidents as Imperial clerics and guardsmen clashed with colonist forces and to one cleric's horror, it appeared some guardsmen were influenced by the psykers or worse, sympathised with their cause. Farms became outposts, trenches were dug and military actions took place.

Then the Orks appeared en masse, the space hulk they'd rode in on landed on a north-west coast and they began to explore in earnest. The last Imperial legate to visit was eaten by Orks who shot her Aquila Lander down; previous delegates found colonists violently unwilling to consign 70% of their population to the Black Ships. A punitive force was sent back to find the colonists who were driven from their settlement by Orks. The unclean beasts were purged but a colonist-led ambush weakened the Imperial forces sufficiently to force a regroup - the Black Ships were sent on their way without additional cargo - they could not be delayed.

The colonists have evolved to become nomadic warriors and psykers, moving from hidden settlements to harry Ork and Imperial alike, playing one off the other; about 80% of them are psykers. None of them have felt the temptation of Chaos yet those who want to capture an Imperial lander are pondering just how they're going to take a space ship without violent, willing allies and the Orks will not be willing to ally with them after all this time - which leaves an option nobody wants to consider and which would likely guarantee Excommunicatus.

The Orks spawn and equip themselves from colonist caches and fallen Imperial outposts - as a perennial threat they have constructed crude tractor-beam towers to pull down dropships for conversion into Roks and bred biomechanical dirigibles called wingsquigs for aerial reconnaisance and troop transport. Ork rocket ships are possibly the next problem for the Imperium to deal with - CCE338 is not a point of strategic significance but the Orks can travel far and fast if they can get hold of a warp engine...

The Imperium sends landers and dropships to secure outposts, launching airstrikes against the Orks while trying to avoid prescient colonist attacks. Adeptus Mechanicus and Assassinorum agents have had some success against the colonists, who have increased vigilance but realise there is only so far that will take you. Travel to CCE338 is a risky process, the immaterium is especially treacherous around this world and the allegiance of Chartist Captains is not always as reliable as you would hope.
Posted by satyre at 09:00