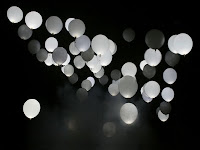 I've previously discussed plots in terms of railways and museums, however there is another route for plotting which may be useful in terms of interactive environments and that is to use a matrix.

This differs from the previous routes as follows:

There is a similarity in the sense that everyone starts somewhere and can end up somewhere; the advantages of using a matrix is as follows:

There are risks in using a matrix.

The matrix model is a popular option for campaign-style play as it's possible to build large and then start from various points within the same location, ensuring playability and re-use if you have a relatively small playerbase or even a large one. The amount of work involved however is significant which is why most matrix games (or campaigns) are collaborative efforts.
Posted by satyre at 09:00