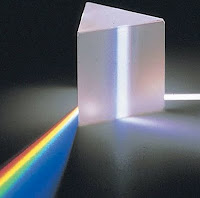 Jon Boorstin's The Hollywood Eye proposes a three-layer model for the craft of movies where there are three distinct aspects of each film. Where one or more are lacking, the film will fail to engage or please it's audience. These ideas have made their way into studies on other media and computer interactive design.

Visceral - This deals with instinctive morality, gut and adrenaline responses, what some call 'earthy' or 'unreasoning'. It offers thrills and attractions by sensory experience. The physical response to the situation is where the visceral aspect has power bordering on the addictive or traumatic as they rely on subconscious cues augmented by body chemistry.

Sometimes socially inappropriate or unconventional - the laws of misrule and carnival apply, as outsiders teach and share experiences to transcend taboo. The visceral layer can toughen emotional sensitivities of the audience so they can handle the story's horrors or the reality they return to. It can also raise awareness by engendering sensitivity depending on intent.

Visceral responses can be as diverse as arousal, disgust, horror or laughter - all precursors to . to behavioural or cognitive responses. The payoff is the audience has an intrinsic sense of being validated or valuable at the end of the story by a release of tension by integrating the experience having integrated the story or something in it that is important to them.

Vicarious - The emotional hold of the film; how the film evokes and shifts emotion in individual scenes and how it adds up to make an overall emotional experience. The audience is curious about the human condition (even if characters aren't human!) and story events experienced by the characters offer potential insights into behaviours or social dynamics.

Characters must be engaging. The audience needs to build rapport with and identify with them. By shared emotional intensity, the audience connects with a character and their struggles (and so, the story) gaining emotional experience by doing so. The detachment of a film means that this emotional experience occurs in a controlled environment (usually).

Working emotion into the story is one of the two tasks that any author is faced with (the other is telling the story itself). I've referenced David Freeman but also need to mention Karl Iglesias whose Writing For Emotional Impact has helped disseminate Boorstin's ideas to a wider audience as well as giving formal examples of how craft can elicit these effects.

Voyeuristic - Boorstin defines this as the 'logic' of the film; the cognition of it's story and the associated elements. It's also the joy of experiencing new things - the excitement of something daring, imaginitive, spirited or relevant - and possibly learning from them. The curiosity of the audience is a tool you can use, the objective is to encourage the audience to learn of your story.

Audience curiosity must be piqued or rewarded in some way - either by new information, bonding with a character, the resolution of conflict, completion of a sequence of events or by being entertained by the emotional impact of a situation. These events are structured in a way that supports individual elements and engages with the audience.

Distance from the character or situation can work to your favour, shielding the audience from the consequences of being caught eavesdropping on lovers or watching a serial killer at work as the audience learn things that reveal more about the characters or the situation. This helps to meet the needs of audience curiosity and provides a controlled environment.

The three elements have cross-over points; awareness of each layer in turn will help to craft stronger and more rewarding stories. Combining the impacts of each layer make great ones.
Posted by satyre at 00:00