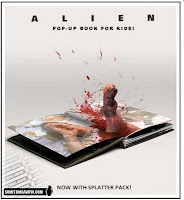 Groups of people tend to be famous for one thing.  Even if that is being good at nearly everything or having taken it's greatest innovations from other cultures.  There are numerous proverbs and adages about nation and race which create stereotype, trope and cliche. From these arise the numerous interactions and insults that each culture will have for others.

However no culture is defined by one sole activity and supporting industries, save only in those stereotypes.  Even the generic fantasy dwarf is known for metalwork and stonemasonry as well as mining.  The ancient Greeks were not only thinkers but also warriors, sailors and storytellers.  Traditional cultures like the Maori or Inuit have more than one focus, even if that focus is significant to their survival.

So why limit game cultures to one stereotype?  This is OK for quick thumbnail sketches, to get more than that, more is needed.  Using the principle of significance (if it buys you nothing, who cares?) you can work out interesting takes on culture based on a particular race or species.  Some can be linked to environmental factors, yet others can be driven by different things.

One way is to exaggerate inherent qualities, as done by John Wick and Jess Heinig's Wicked Fantasy articles (an example is the Uvandir dwarves) in Kobold Quarterly.  Another is to contrast the desired trait against the typical inherent quality.  The old TSR Dark Sun setting did this brilliantly with hairless dwarves and tribal halflings who would like to eat you as much as discuss your future alliance with them.

Finally you can take the mechanics and riff something totally new.  White Wolf Arthaus' take on Ravenloft (remember that?) did that with half-orcs by turning them into caliban, humans twisted by hag magics into something inhuman.  Transforming stat blocks into new monsters is a fine and noble tradition of DMs and the ability to generate good fluff on the fly is a skill to be cultivated.

With these tools, you can create diverse cultures and bring in exotic elements.  Proud elven swashbucklers in tiger fur cloaks, sailing black swanships as pirates.  Gnomes using glassblowing, magic and alchemy to make crystalline constructs.  Hobgoblin nomads, phenomenally skilled in mounted archery who say each shot is a prayer to their god. Or you can go with the same old, same old.

The only limit is your imagination.  Remember?

(Inspired by this post at RPG Athenaeum about campaign cultures and equipment.)
Posted by satyre at 15:15