why roll your own? 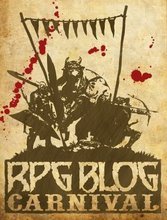 This month's RPG Blog Carnival is courtesy of Evil Machinations and deals with worldbuilding's whys and wherefores. The work involved in creating a world appears daunting, especially to inexperienced game masters or someone unfamiliar with a new system.  So why go and create a world of your own?