inns and taverns: the wooden sword 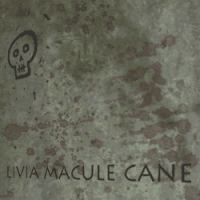 The Wooden Sword is a drinking house run by a former manager of gladiators who escaped a slave rebellion with enough coin to set up an inn and change name to something less noted.  Neighbours protesting noise and revelry met drunken, likely violent gladiators and promptly moved on.  Now the Wooden Sword jostles amid decaying, graffiti-strewn tenements haunted by changing faces and muted voices.

The Sword is a three-storey house made of coarse concrete, timber beams and stucco, outer walls painted with crude graffiti and frescos showing martial conquests and monsters.  Each floor has a rough concrete stair from the ground so patrons need not jostle each other unduly on the outside.  The roof is flat and surrounded by plants, when it rains it is often covered in a red awning and customers drink away the cold.

The Sword primarily has exterior chambers, the upper floors are mainly narrow corridor-like chambers thick with tallow smoke, the smell of alcohol and unwashed bodies hunched over benches or stools.  Each floor has a bar tended by staff who know their clientele well.  Strangers draw wary attention.  Any doors are locked and lead to the interior providing access between floors, to the cellar and staff living quarters.

Only staff have keys.  All staff are armed with daggers and capable of giving a nasty wound to anyone trying their hand or luck.  Each floor also has a burly ex-gladiator armed with cestus and club paid in drink and a blind eye to their activities.  These thugs know a good thing and rarely provoke the staff or clientele but will finish any brawl just fine.  Their former manager is not someone to annoy.

Each bar serves (in order of strength and ability to sicken) rough red wine, a sour-edged brandy or fermented whey curd in crude wooden cups and clay jugs.  The ground floor has a central common room occupying it's northern face with a firepit serving as a basic kitchen selling saltfish, cooked meat and cheese.  On cold nights, the firepit is banked high and those sleeping there find it uncomfortable, infested with lice and thieves.

On hot nights, the pit is extinguished and external rooms on the ground floor closed off (with claims of sewer problems backed up by discreetly hidden chamberpots behind the bar).  Those trusted by the staff are led via the internal stair to the common room which holds illicit pit fights as the ashes soak up the blood of the loser who doesn't always make it out alive.  Barrels of cheap wine are placed at each corner of the room.

The cellar has hidden passages to the cellars of every house in the block and the local sewer.  These are used for the business of fencing stolen goods and body disposal.  The owner is seen every night by the staff and is keen to keep their presence suitably low-key.  Despite this dilapidated exterior, a fair amount of coin turns in the Wooden Sword and the illicit pit fights make the owner wealthy enough to maintain a respectable distance while learning what the gutter-rats of the city are doing.
Posted by satyre at 09:00