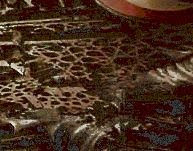 There's lots of excellent old-school stuff out there.  If your gaming budget is cut in the post-financiapocalyptic wasteland, then download some stuff, get your dice and go old-school - the retro-clone community is prolific and the quality is comparable with the stuff you dragged off from the gaming shops of old (or not so old if you have a knowledgeable FLGS).

Dark Dungeons - A retro-clone of the Dungeons & Dragons Rules Cyclopedia, with the right DM will take your character to the dizzy heights of 36th level and immortality.  It's author Blacky the Blackball has done a great job of converting a comprehensive rules set and provides PDF, softback and hardback (yes the last two will cost but the price is insanely reasonable).  Even the errata (all one page of it) is freely available.

Monsters of Myth - plenty of monsters for OSRIC provided by the First Edition Society.  The monsters offer some interesting twists and are reminiscent of the monsters you'd find in the old White Dwarf Fiend Factory articles.  Some nice takes, personal favourites include the bedlam witch, deceived of Set, ice creeper and kheph.  Artwork is reminiscent of the old 1E Monster Manual and is also available in print.

Terminal Space - D&;D in Space has often been attempted, since the days of Metamorphosis Alpha and that little trip to the Barrier Peaks.  Now there's a retro-clone using 1974 rules that walks the walk and fits in Traveller-esque spaceship design with Mi-Go brain canisters.  Heady stuff begging to be homebrewed with Mutant Future in a post-apocalyptic spacefaring fantasy adventure.

Tools
Wonderful combat wheels for Labyrinth Lord and Sword & Wizardry courtesy of Jed Mc.  What makes these cool is the relatively minimal work needed to assemble these - it would be nice to see other games given this kind of love.

Rapid fire NPCs needed?  Classic Dungeon Designer Netbook #4 has all you need and lots of tables in the manner of the 1E AD&D supplement The Rogues Gallery.  Kellri also has a lot of good stuff worth taking a look at - while the blog hasn't been updated in some time, there are some gems to be found.


Modules
Yes, you're probably strapped for time as well aren't you?  Fear not, module support is plentiful but here's a few to get you started on your way.


Temple of the Ghoul is a 1st - 2nd level scenario well worth your time.
The Outpost on the Edge of the Far Reaches is a 1st - 3rd level scenario by The Warlock's Home Brew.
And the One Page Dungeon Codex 2009 is lots of phenomenal adventures in itty-bitty living space.