tides of the darksea war 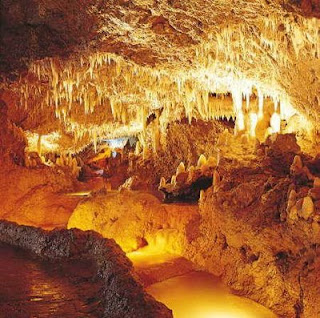 The Darksea War has raged in the Underdark for as long as aboleth and illithid have competed for territory, food and slaves. Their inventiveness and longevity killed thousands over the years as aboleth lake-cities are raided by illithid and their allies; in return aboleth command servitors to dam water courses, reshape caves and tunnels to expand their domain while denying life-giving water to their enemies.

Aboleth overseers use rituals for other purposes than servitor creation. They also make magical items for use against illithid and their allies - such items are designed for aboleth or are perilous to non-aboleth. Understanding of how Far Realm denizens think is required to use these items; such understanding is corrosive to sanity and the few students of aboleth lore are unpleasant folk.

Of note is a magical crystal lens called a meniscus of control that focuses the mental powers of the aboleth to extend their domination attack further (increasing the range of such by 50%) - of course the illithid are interested in obtaining an intact meniscus but to do so means descending into the slime - something no sane illithid will dare. Also the meniscus (a piece of crystal at least five feet in diameter and concave on both sides) is often inset into a building as a window.

The aboleth also discovered that certain of their slimes can attract oozes and cultivated ochre jellies to clean their cities; using their slime to pacify any aggression towards the aboleth, they have caused certain ochre jellies to aggregate into huge masses of jelly with an appetite for organic matter in the manner of slime molds. The illithid are able to pacify the oozes but their inedible nature and their attrition of minions makes them a constant source of... irritation.

The battlegrounds between illithid and aboleth can over time become infused with evil and death warping the very stones themselves. Some areas become blood rock while others may become haunted or attract umbral taint. Undead have been seen working for both sides; the illithids try to broker deals with sentient undead (and become liches themselves) while the aboleth cultivate undead guardians out of those who died on the field and use the kuo-toa to make others.

The glyph script that the aboleth use is sometimes carved onto particular stones; a lone servitor is sometimes sent out to build a cairn using these stones. As the servitor dies due to dessication it's life energy is trapped by the glyphs and the servitor arises as a ghost. Trapped between the worlds with memories of servitude, betrayal, the agony of it's death and hatred for it's enemies, the result is an insane, violent ghost bound to a specific location.

The illithid are not averse to buying undead from the drow; armies of skeletons made of former illithid victims marched against the lake-cities in the past. Abandoned lake-cities become horrific boneyards later consecrated to evil and lairs to undead monstrosities formed out of those who died there. The aboleth are careful to collapse tunnels that link these places or to ensure there are kuo-toa priests between them and the active lake-cities.
Posted by satyre at 18:00