reason and reasonability (sense and sensibility is done already)

This is the last post expanding on characters and characteristics. So you have this character...

They've got history, motives, emotions and can affect their world; they may even be breathing in their own right. Some writers note that characters can run away with themselves; this is not an unknown phenomena. Before you give the character full rein, consider why you started this in the first place - they have a job to do after all - are they still capable of delivering what you need from them or do you put them somewhere else or introduce them later?

Do they meet your purpose and intent for them? Have they a reason to be here, now? With all this development, things may have changed along the way. That riding school which gave your character the capacity to leap on a horse may be useful later down the line. Connections may exist with other characters, do you need to factor these into the scene? Would they appear with their friends or are they a lone wolf by necessity? Have their emotions led them to a scene in which more may be exposed by the right word?

This sense-check can throw inconsistencies to light - why would that glamourous socialite visit a grungy club? Slumming? On a dare? Looking for protection? Or a high? Inconsistencies are not always a bad thing - these can suggest potential plots, plus how many situations do you know where you've been 100% at ease. If there is an inconsistency know why it's happening... and it must be related to the character's motives or emotions in some way. 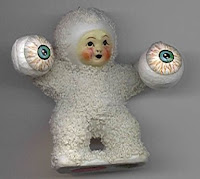 People get led into strange places on the basis of motive or emotion. They need to manifest that trait if it furthers the plot (you gave them that trait after all), makes the character empathetic or interesting. Actions can speak louder and faster than words sometimes - other times, dialogue is needed to make clear the intention of the character. Remember - show don't tell.

Choice, even it's illusion must be available and it must make sense that your character is there, even if it's a bit out of place for them. That socialite could go back outside and confront the bodyguards trying to bring her home to Daddy with limited success. Or she could try to leave, realising the options aren't good only to draw a patron's jaded eye and get into a whole different bucket of problems.

The work you've done is never pointless. If you've created a character that endures but who doesn't fit, keep them on file for future reference (most people have computers or notebooks for that reason) or look at the process you used to get here and realise where things changed. You can then either adjust that decision or see if that decision trips off a whole new character...
Posted by satyre at 23:50